Important for all motorcyclists: The basics for driving curves 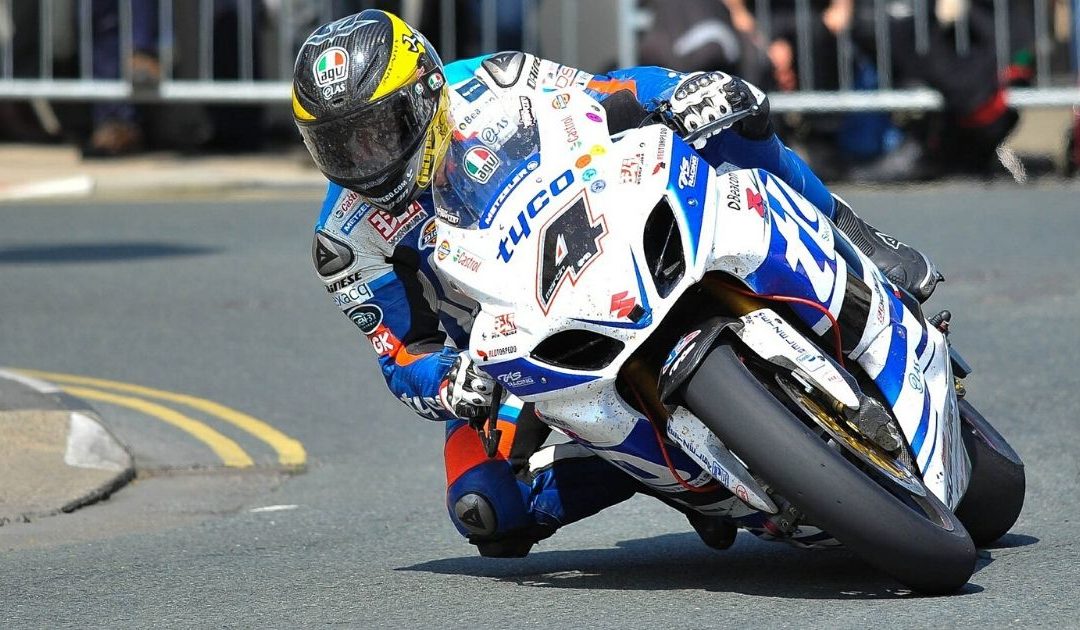 For me, as probably for most other bikers out there on the road, it’s the fascination par excellence: taking curves. Despite beautiful scenery and great weather – what would motorcycling be without leaning in a curve?

However: In order to really enjoy the magic of curves, you need a minimum of practice. And some basic knowledge. Whether the laws of driving physics, turning techniques or the correct approach to a curve – with the most important “basics” I will show you how to get through every curve.

The forces in the curve

As soon as we throw ourselves into pleasure of curves, we mobilize forces we must deal with consciously. For example, driving around curves generates lateral acceleration, the so-called centrifugal force. This increases with curve radius and own speed. The centrifugal force, which acts horizontally on the outer side of the curve, is in turn joined by gravity, which acts vertically downwards on the driver and the vehicle.

The interplay of centrifugal and gravitational forces creates the so-called resulting force. This would knock the bicycle over. Only the inclined position alone counteracts this effect. Because this riding technique allows the resulting force to pass through the center of the tyre contact area and thus prevents a fall. The following applies: The wider the tyre, the more the motorcycle must be tilted in a curve. 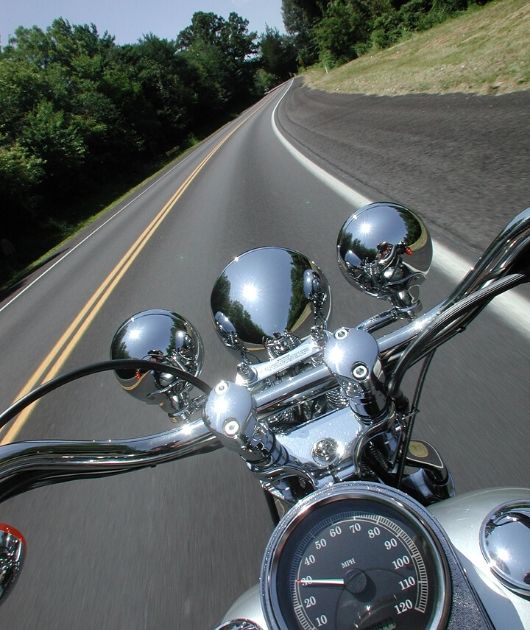 We don’t lean enough most of the time

The lean angle is limited by the nature of the road surface, the ground clearance of the machine as well as the tread depth, rubber compound, and tyre pressure. But of course, also in the skill of the driver. Our natural lean angle limit is about 20 degrees. More extreme lean angles on the road require some training.

If a curve is tighter than expected, e.g. in a so-called drag curve or donkey curve, a successful correction by the driver is usually only possible by increasing the lean angle. The problem: without practice, the personal lean angle limit is reached much earlier than the actual lean angle of the motorcycle. With fatal consequences. This is because the unused lean angle reserve is one of the most frequent causes of accidents in curves.

THE FOUR PHASES OF TAKING CURVES

Braking, turning, rolling, and accelerating – these are the four phases of driving through a curve.

When approaching a curve, the possible curve speed must be correctly estimated and the entry speed reduced accordingly. The braking process should be completed and the correct gear selected before turning.

Particularly with wide tyres, the so-called “righting moment” occurs during steering, because the tyre contact area moves from the centre when the vehicle is at an angle. The driver has to compensate for this phenomenon with a counter-steering force at the inner end of the handlebars.

3. ROLLING AT AN ANGLE

The tires can now transmit high lateral forces and thus enable enormous lean angles. Should this be overrun, the narrower front tyre usually loses grip first. Therefore you should try to accelerate slightly as early as possible to relieve it.

Only when the end of the curve is visible is the throttle applied gently, causing the motorcycle to straighten up and increasing the radius of the curve. If this process is to be accelerated, additional pressure at the outside of the handlebars helps.

Rule of thumb for taking curves

The four phases can also be summarized with the following rule of thumb: “With little speed in, some speed around, and more speed out of the curve.”

WITH 3 TECHNIQUES THROUGH THE CURVE IN STYLE

In general, three types of curve styles or curve techniques can be distinguished: Pushing, laying, and hanging. Most commonly used in road traffic are lay and push. With these two techniques almost every curve can be mastered. Hanging-off, on the other hand, is more suitable for the racetrack.

This cornering technique comes from off-road sports. The rider remains almost upright and pushes the bike away from him or herself towards the inside of the corner. In combination with a firm knee lock, almost all motorcycle types can be manoeuvred very well in this way, especially on loose surfaces, e.g. gravel roads. Pressing is particularly suitable for slow, tight, and confusing curves that require a lightning-fast change of course.

The classic – driver and bike form a line when leaned. With firm knee closure, with the knee inside the curve extended approx. 2 cm in the direction of travel. This driving style is suitable for all types of curves and all speed ranges. Can be elegantly combined with the “push” driving style in alternating curves. As with pushing, the direction of travel can be corrected very quickly. Ideal for long distances because the relaxed sitting position requires little strength.

Mainly designed for racing with a curve style known to the driver. The driver shifts his own centre of gravity far inwards by hanging down towards the middle of the curve, while keeping his knee spread out towards the inside of the curve. Disadvantage: Takes strength and only works with a lot of practice. Advantage: Allows greater freedom of leaning.

Getting the curve more safely: “undercut” instead of “cut”

After explaining the basics of taking a curve, in the end it should be about how to take a curve correctly, where the curve apex is located and how the course of a curve can be passed most safely. Until the 80s, the golden rule of a round, even inclination and driving in curves was still valid, but in the meantime, the so-called “cutting” of a curve has changed to “undercutting”.

I turn in late with a relatively low cornering speed and take the curve as far as possible from the outside. This gives the driver the best possible view of the bend and oncoming traffic. Starting from the outside means close to the centre line in right-hand curves and close to the right edge of the road in left-hand curves. After that, you approach the apex of the bend. This is the point closest to the inner edge of the curve when driving through it. The further I move the vertex to the exit of the curve, the better.

Finding the appropriate speed at the entrance to a curve and turning into the curve as late as possible is unusual and costs most motorcyclists a lot of effort. Only practice and experience can help. The best way is to take part in a safety training course on the race track or special curve training.

► Earlier insight into the curve and faster visibility for oncoming traffic

► Longer braking before the curve, but you can leave the lean angle earlier and accelerate out faster

Have a good trip!

I wish you a good trip and lots of fun in the curve!

Author of the article 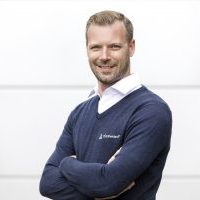 He is the man who knows the answer to (almost) everything. Not only during working hours, but also after work, his heart beats for vehicles – especially those with 2 wheels. But he also likes to swap the wheels for his sailing boat. 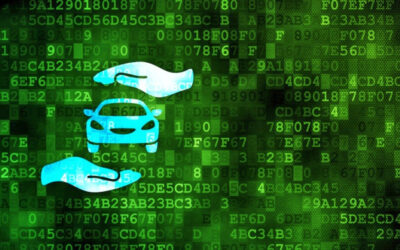 Modern vehicles are always “online” and are sharing data. How can data protection and data use be meaningfully reconciled here?

END_OF_DOCUMENT_TOKEN_TO_BE_REPLACED 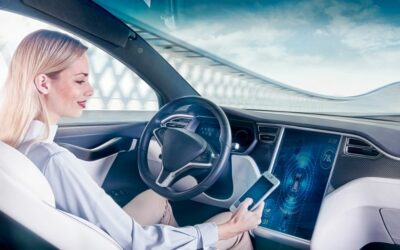 How do we increase the trust in autonomous systems in vehicles? And what do you think about the ethical issues around automated systems?

END_OF_DOCUMENT_TOKEN_TO_BE_REPLACED 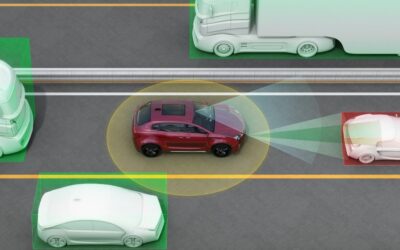 Advanced assistance systems and automated vehicles raise new questions:Do consumers want them? What does cooperation between humans and vehicles look like?